If you know anything about SciGen, it’s probably that we care deeply about making the poster management process easier through ePostersLive. But the journey from our company’s founding in 2008 to today features a variety of products and milestones that got us to where we are now.

As a leader in the event tech industry, we have learned a lot over the years, especially about what makes a great poster management platform. We wrote about some highlights in company history to document our journey and give a sneak-peek of where we’re headed. It’s been 14 years of striving toward making scientific conferences more engaging and efficient than ever before–and we’re just getting started.

SciGen Technologies was founded by our CEO Pavlos Moustakidis, MD over 14 years ago. The mind of a visionary and a frustration with printed posters were fundamental motivators as he assembled a strong team of developers and researchers to create ground-breaking software products dedicated to electronic posters. 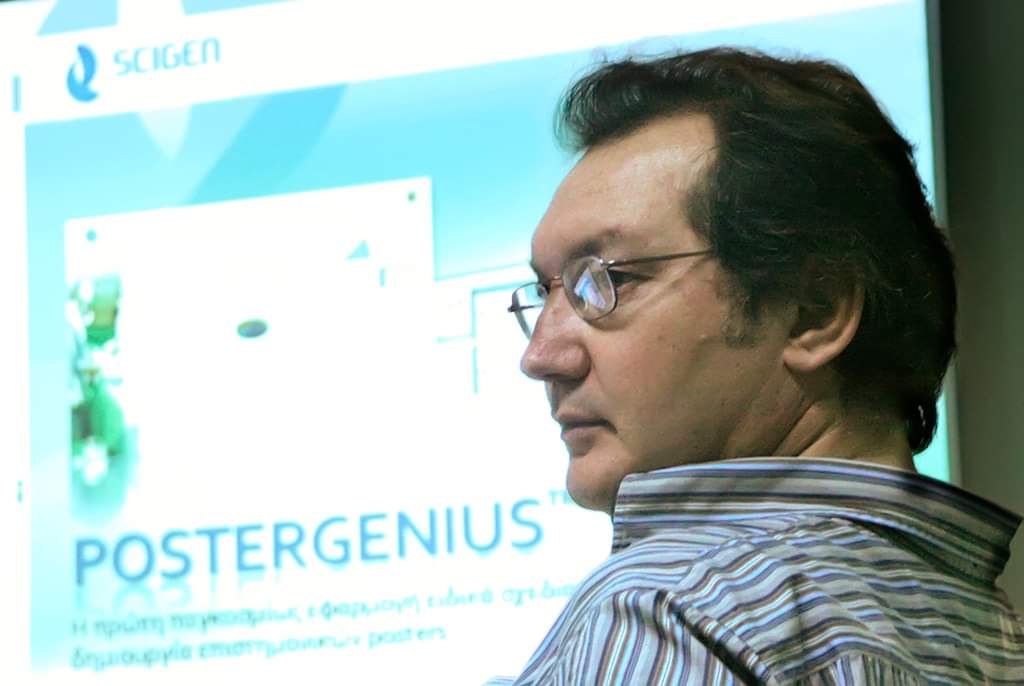 The first of these products was PosterGenius, a one-of-a-kind tool that helped users to design a scientific poster from start to finish in under ten minutes. PosterGenius was an application that prompted users to fill in fields with information from their abstract, and automatically generated a poster based on users’ inputs. Its user-interface was intuitive and to-the-point. The application offered many layout options and a variety of backgrounds and themes to choose from.

PosterGenius became available for commercial use soon after the company’s launch, and found great success within a month of its release. 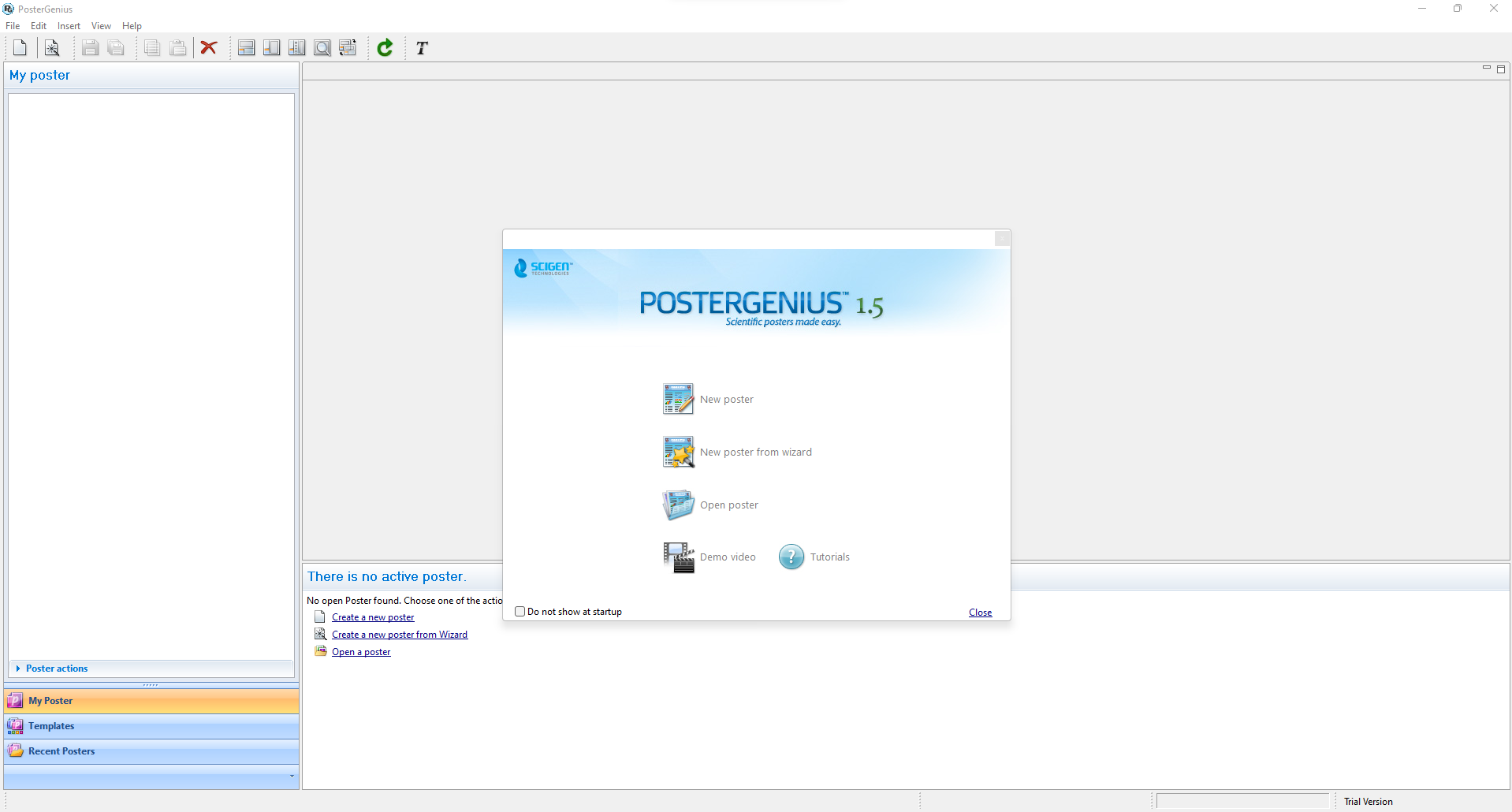 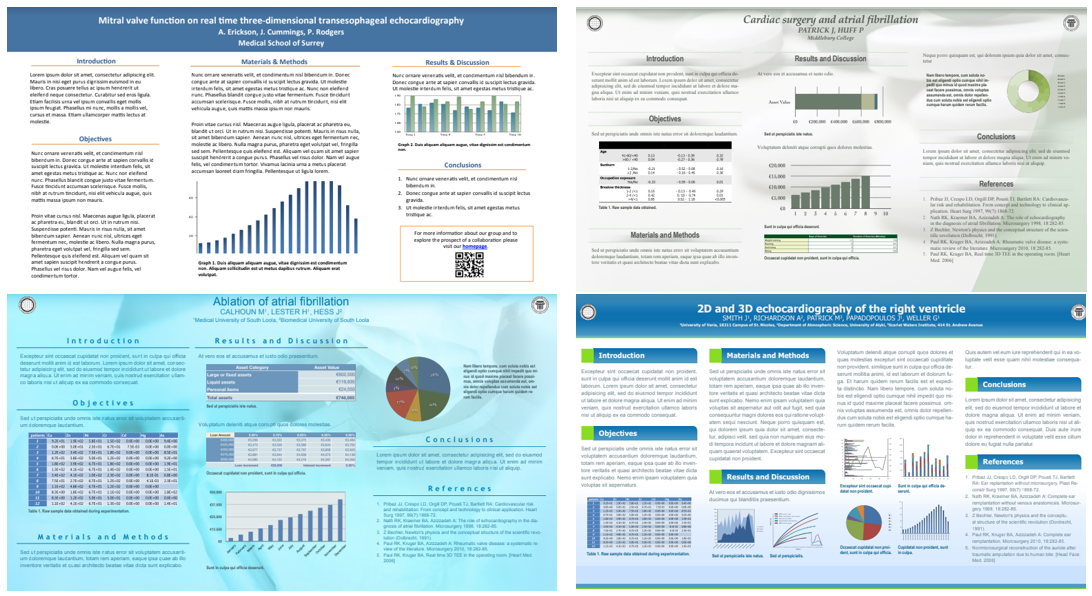 While it was taken off the market in 2018, PosterGenius continues to be sought after by researchers needing to make their posters in a pinch (for now, you can use our Free Scientific Poster Template library). Authors reported that using PosterGenius saved tremendous time and effort, making preparation for attending conferences something to enjoy. Without the hassle of adding text boxes or fussing with margins and adjusting text size, researchers were free to focus on what really matters: poster content and accuracy.

In 2010, PosterGenius received the Eclipse Community Award from the Eclipse Foundation, a “global community of individuals and organizations with a mature, scalable, and business-friendly environment for open source software collaboration and innovation.” SciGen’s technological achievement and having successfully beat out other tech giants for the award resulted in a visit from ERT, a Greek TV station that documented the company’s successes. But much more was on the horizon.

For Dr. Moustakidis, improving the process of abstract presentations didn’t end with poster creation. Tired of printing and traveling with his bulky paper posters, he knew there had to be a better way to share and preserve his research. That’s when he had the idea for ePostersLive: a software platform that provided an end-to-end solution for the fully automated, electronic management and presentation of poster sessions on HD screens at events.

His solution emblematized everything that would matter to organizers and researchers in years to come: technology, simplicity, ease-of-use and environmentalism. By saving time, space, and energy, scientific conferences could enter the 21st century with efficiency and a modern feel.

Dr. Moustakidis’ idea was the first of its kind, which in addition to being at the forefront of innovation meant that he had many new and unforeseen obstacles to overcome. Without a blueprint for digital posters, no cloud (yet), or roadmap to show the way, the SciGen team built a product based on researchers’ needs from the ground up.

Soon enough SciGen attended our first on-site conference with eposters, the First Orthopedic Rehabilitation Day at the Hospital of Ioannina in Greece. The following year, in 2011, ePostersLive made its European debut with the Royal College of Obstetrics and Gynecology. The September event set a record, hosting over 450 eposters from 1,300+ authors.

A testament to its novel achievements, in 2012 ePostersLive was featured in the esteemed journal Nature as one of the most innovative software products that year. For the article Dr. Moustakidis was interviewed and spoke about his inspiration for ePostersLive. He shared his insights about the possibilities that technology can give to scientific conferences and poster meetings. In the article he also (almost presciently) mentions the possibilities of the hybrid model, which in the wake of the pandemic may be the dominant platform for years to come. 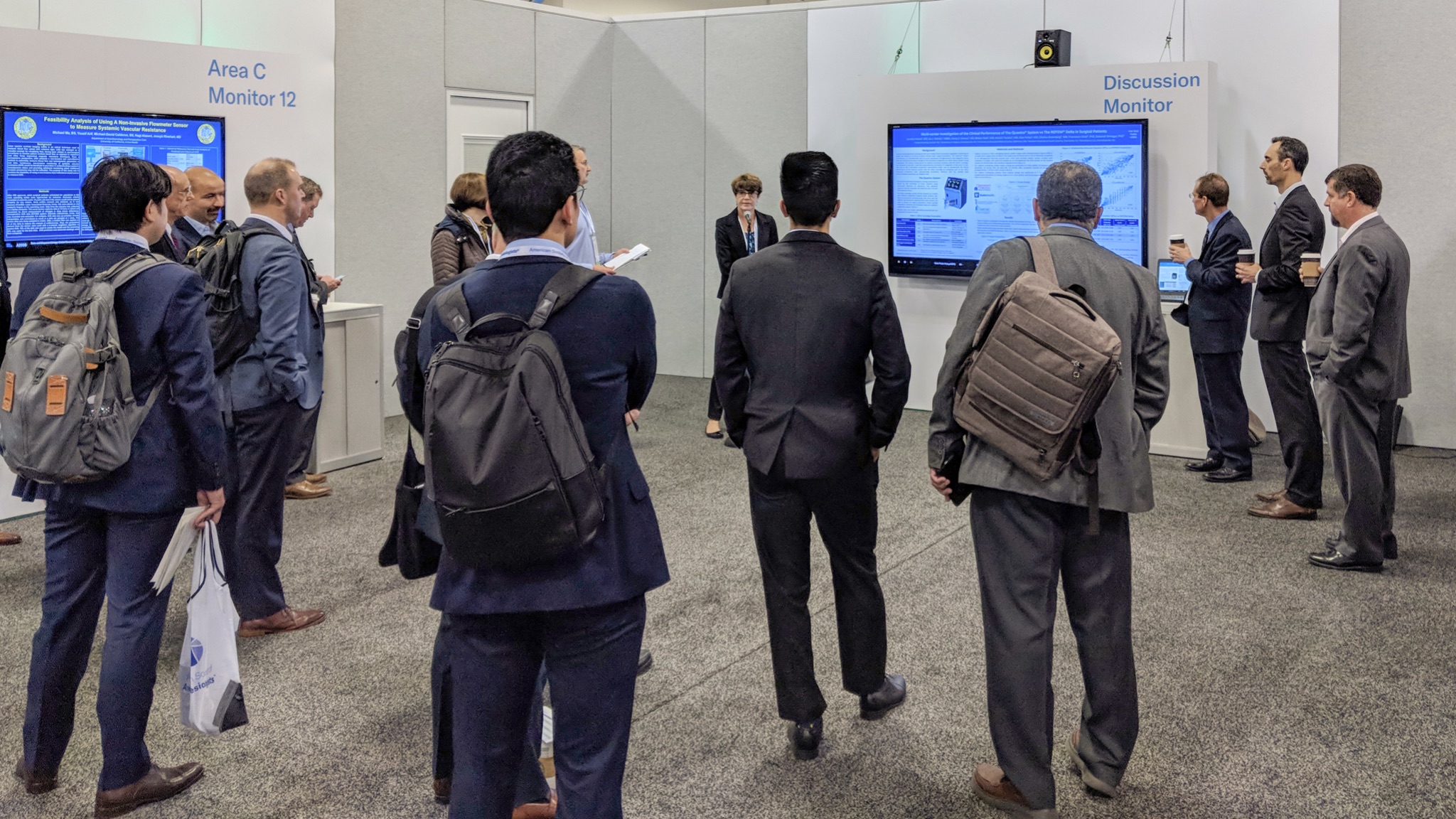 Next, ePostersLive had its American debut in 2012 with the ASA’s Anesthesiology Annual Meeting in Washington, DC. That October, SciGen company records continued to be broken as more than 1,700 posters were presented over the course of just a few days. To this day, the ASA annual meeting continues to be SciGen’s largest conference to-date, with up to 3,500 eposters in recent years. In collaboration with the ASA, SciGen also pioneered an oral presentation system to aid in the transition to virtual events in 2020 that will continue to be used for years to come.

Other recent developments at the company include ePostersReview, a judging tool that was released in 2017. ePostersReview makes it refreshingly easy for judges to review posters before, during, or after a conference using any rating scale.

Most recently, SciGen released Meet-Ups, our own virtual meeting platform specifically designed for presenting research. Meet-Ups premiered in 2021 and continues to gain momentum as scientific organizations introduce or maintain a virtual element at their events. People love Meet-Ups because it puts the focus of scientific conferences where it should be, even when virtual: on the research itself. As a result, posters again become starting points for meaningful sharing and discussion, as they are in in-person settings. 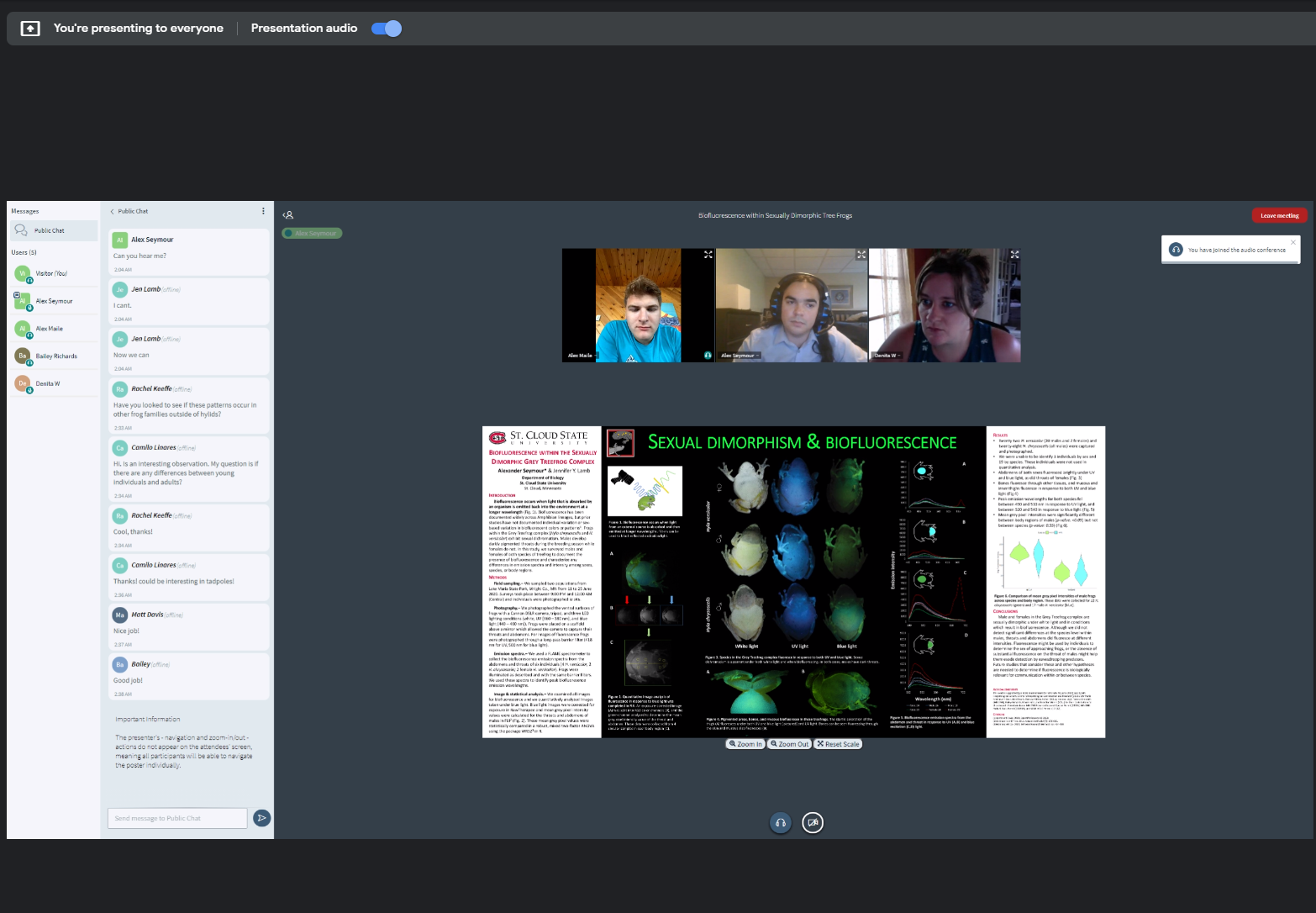 Today SciGen has proudly supported over 600 conferences all around the world. Each of the products that has been developed contributes something different to the world of event technology, but all are motivated by the same unifying purpose: making the presentation and sharing of scientific knowledge easier than ever before.

The best part is that we’re just getting started. That’s right–new and exciting developments at SciGen Technologies are forthcoming, and will be announced later this year.

We continue with the same passion towards innovation, to improve and evolve ePostersLive to meet your needs. We have achieved longstanding partnerships around the world that continue to grow year after year and are eager to share what lies ahead.