World Alzheimer’s Day 2022: the Fight Against the Disease

On World Alzheimer’s Day, commemorated each year on September 21, we remember those who have lost their lives to dementia. We also appreciate the people who care for them. September has been designated World Alzheimer’s Month by Alzheimer’s Disease International as a campaign to spread awareness, spark involvement in the fight against Alzheimer’s, and support those with the disease and their caretakers.

This year, the theme for the 2022 campaign is “Know Dementia, Know Alzheimer’s” in the spirit of inspiring people to learn to recognize the warning signs of dementia. You can read the ADI 2021 report on Alzheimer’s diagnosis here.

Alzheimer’s affects over 6 million Americans, and that number is expected to triple by 2060, according to the CDC. The ADI reports that worldwide, “the number of people affected is set to rise to 139 million by 2050, with the greatest increases in low and middle income countries.” The disease causes memory loss, confusion, and other cognitive problems. It also leads to physical changes such as muscle weakness and weight loss. Unfortunately, nearly “62% of healthcare practitioners worldwide incorrectly think that dementia is part of normal aging” (ADI).

Have you ever wondered what the difference is between Alzheimer’s and dementia? The WHO reports that Alzheimer’s disease is the most common form of dementia, causing up to 70% of cases. Dementia itself is a syndrome characterized by a decline in cognitive function.

The Alzheimer’s Association reports that each year, Alzheimer’s kills more than breast cancer and prostate cancer combined. Most people with Alzheimer’s are women, and older Black and Hispanic Americans are more likely to have Alzheimer’s than older White Americans.

Risk factors and early signs of Alzheimer’s and dementia are one of the key areas of Alzheimer’s research. In this article from the CDC, read about 8 Ways to Help Improve Your Brain Health and reduce your likelihood of cognitive decline.

This July it was our honor to support the Alzheimer’s Association’s annual event, AAIC 2022 in San Diego, California. You can browse the thousands of posters and videos from the event at ePostersOnline. It was a bustling few days full of learning and networking as advancements in dementia research were released and discussed by the thousands of delegates in attendance. 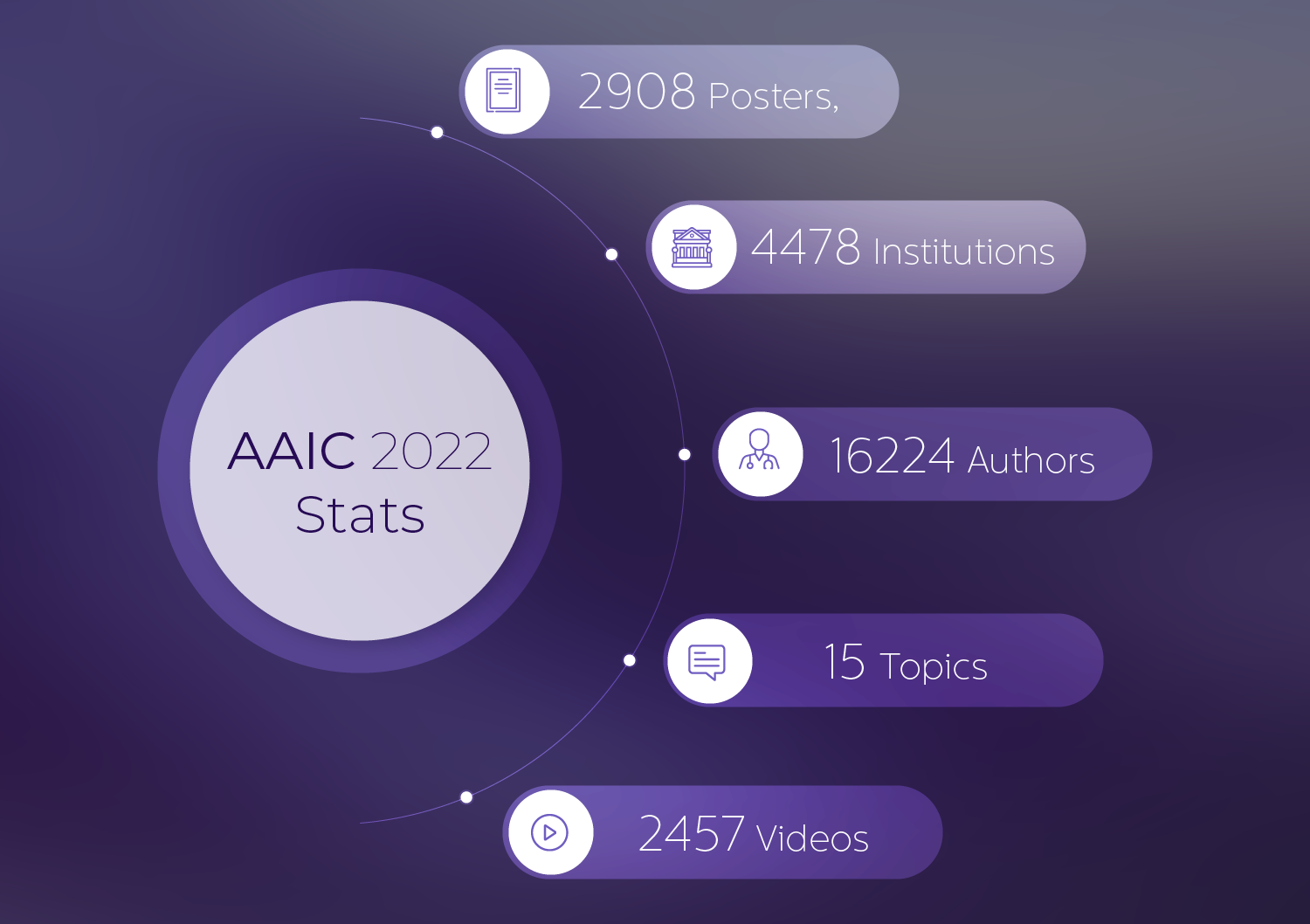 For highlights from the conference, check out the AAIC 2022 website.

A Time for Hope and Compassion

The experience and diagnosis of cognitive decline can be challenging for patients. This September, we hope that more people familiarize themselves with what Alzheimer’s is and what it means for those affected and their families. It’s also a great opportunity to appreciate and thank the thousands of dementia researchers who bring us closer to a cure with their invaluable work.